ME/CFS is a diagnosis of exclusion.

In order to get a diagnosis of ME/CFS, there are usually a few dozen tests to get done and specialists to see, to rule out everything else. Everyone’s journey will be slightly different and mine started with multiple GP and hospital visits, investigations into blood work, ECGs and other tests, before referrals to consultants in infectious diseases, tropical medicine, cardiology, hematology and finally neurology. I would usually be investigating different symptoms rather than the whole illness, so along the way I found out I had quite severe anemia (which I have now got under control) but also ruled out some conditions like Postural Orthostatic Tachycardia Syndrome (POTS) and MS.

Whilst it was reassuring to know I didn’t have something major and progressive like MS, it was also disappointing in many ways to constantly be told my results were ‘normal’. It seemed absolutely nonsensical to me that I could feel this ill, be struggling this much, but have nothing measurable in medical terms. Why would standing for any length of time make me dizzy to the point of passing out? Why did walking for a 100m require hours of recovery time?

Some of the advice I got along the way varied in usefulness. When talking about the dizziness, I was advised not to stand up too fast, and just just avoid standing for too long. Yes, thank you, but in reality that’s really really hard. Like if I want to go out shopping, I have to factor in the fact I can’t stand in queues. I would need to plan every trip out around the fact I would need to sit down at least every 10 minutes, which greatly limited where I could go out with the kids and made work hard as our building is enormous, the queues for lunch are long and any travel for meetings would involve more walking and standing than I could deal with, so I had to try and adjust everything I did to avoid triggering the dizziness, as once that got triggered my fatigue would get much work. The answer, in some cases, was to use a wheelchair or mobility scooter – I will do a whole post on that at some point as it was a game changer for me, both in terms of what they let me do and how hard it was to accept I needed that level of help.

So, despite going down pretty much every avenue of testing, ME/CFS was the diagnosis I was stuck with and since there is no cure, it was up to me to figure out ways to manage the symptoms so I could at least get some semblance of life back…

At this time, despite all my battles, I was still managing to spend time with good friends. It was a pay off between keeping upbeat and enjoying life, and dealing with the inevitable crash afterwards. For the most part, the crash was worth it 🙂 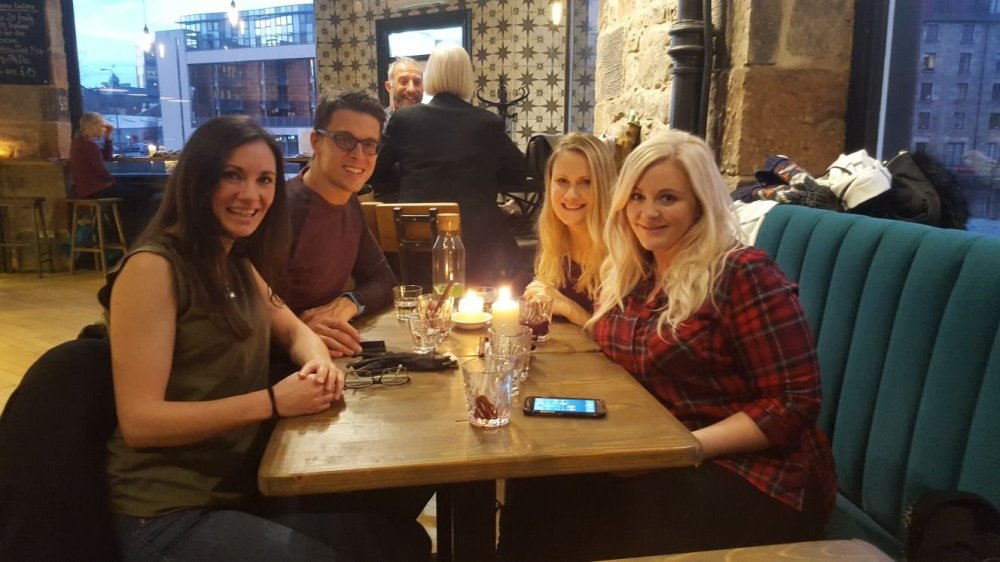 Walking with a friend in the dark is better than walking alone in the light. Helen Keller