Within the ME/CFS community, exercise is probably the most hotly debated form of ‘treatment’. I mentioned the PACE trial in a previous post, which recommended CBT. It also recommended something called Graded Exercise Therapy, GET, which basically advises people to understand their baseline and make incremental improvements over a series of weeks and months. The theory is fine, and in a healthy person who is just deconditioned, it would probably be a useful approach. However, one of the main symptoms of ME/CFS is Post Exertional Malaise, which causes severe ‘payback’ for even the slightest activity and for whom GET can be incredibly dangerous. The CDC in America no longer recommends CBT or GET as treatment for ME/CFS and NICE in the UK are currently reviewing their guidelines on the matter.

As someone who has a relatively mild form of the illness, I have been through various rounds of attempting to do some exercise (and when I say exercise, I am talking very slow walking, or super gentle yoga), crashing, recovering, then trying again. I was acutely aware that months of lying on the sofa had left me with depleted muscle mass and I have a chronic back problem which needs some form of muscle stability so I felt it was important to figure out what my body could cope with and try to at least do that.

One thing I have discovered about my personality, though, is that I find it really really hard to just do a little bit of something. I’ll say to myself I’ll just do 5 minutes, knowing that it won’t be until the next day or even the day after if I am going to suffer a crash. If, after 5 minutes I feel ok, I’ll get all excited and decided to do another 5. Then maybe 5 more. Funnily enough, the next day I will crash. I’ve always been this way, thinking about it. I used to be a runner. I knew full well that the beat way to progress and avoid injury was to take it slow and steady. But time and time again I would push too hard, too fast, and get injured. Back then it wasn’t too big a deal – ok I would have to start again with the running but it wouldn’t affect everything else in my life. Now, I can’t be that reckless. If I crash, it takes me out completely. Out of work, out of parenting, out of the ability to do anything really, other than flop between bed and the sofa. So I had to be more mindful of stopping before I hit that threshold, even though I wasn’t completely sure what that threshold was.

My trusty yoga mat and bolster, ready for some serious lying down in various poses

See, this is one of the big problems I have with any form of exercise and knowing my limit, is the fact that way more is happening on an average day beyond the specific exercise I am doing. If it’s a work day I have the walking between the car and my desk, plus all the walking between meeting rooms, the cafeteria, the toilets etc. I also have the mental exertion of the work itself. On the home front, with two young children, I use energy doing school drop offs and pick ups, sorting food, playing, reading, doing bedtime etc. Plus the mental exertion needed to deal with a screaming toddler, the noise and light from the TV, the mental load of needing to get ready for the next day. These are all normal, everyday things that everyone else is managing just fine but with ME/CFS, they are all things that suck my energy – energy which I can’t readily replace. So if I do suffer a crash, is it because of the 15 minutes of yoga I did? Or is it the glass of wine I allowed myself? Or because of the hour I spent trying to calm down a hysterical 2 year old (who knew the lack of a purple cup could be the equivalent of a life altering event), or the meeting I hosted where I needed to keep myself focused? It’s just impossible to know, so before long I’m trapped in mental back and forth about whether to attempt the yoga or walk, whether it will be too much on top of the day I have already had, or whether the pleasure I get from that little bit of activity, and the potential (glacial) improvement in my ability to do just that bit more, will be worth it. This back and forth, in itself, is exhausting! 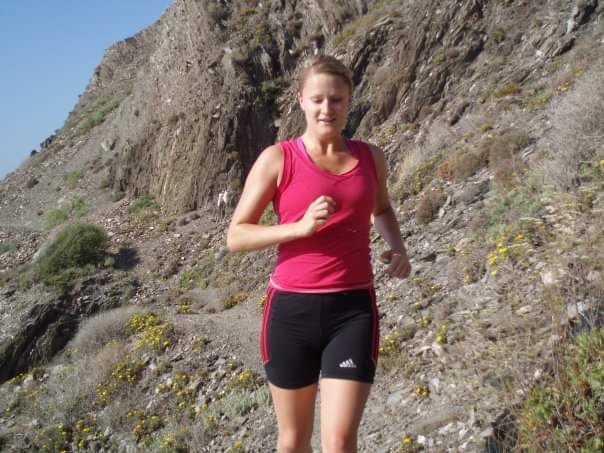 Way back when…in my head, I can’t help compare my current abilities with the fact I used to run half marathons

I am still trying to find the balance, and how much I feel able to do varies day by day and week by week but if I consider where I am now vs where I was 3, 6, 9 months ago, there is definitely an improvement, so I’ll take that.

If we could give every individual the right amount of nourishment and exercise, not too little and not too much, we would have found the safest way to health.